A Night in NYC, AWOLNATION edition...

Many months back my then 8 year old daughter had me stop channel surfing on the satellite dial.

Who am I to argue?  After all she had brought Foster the People to my attention, in addition to others (Katy Perry/Rhianna/LMFAO...  the list is endless.)

The muffled chorus from Awolnation's song "Sail" asks for forgiveness 2011 style: with a built in excuse.  Singer Aaron Bruno shouts "Blame it on my A D D!!!"  As Bruno took the stage last night at Webster Hall he looked nothing like a man suffering from an attention disorder.  He had a very clear mission ahead.

Bruno is a lead singer.  There are no tambourines in his hand.  He never stops to play the blues harp.  He grabs the mike and gets you to dance.  From his opening song, "Jump on My Shoulders" (which saw Bruno stage dive into his 20 something minions) there was no mistaking Awolnation is a rock band.  But they are also a dance band.  And a pop band.  And perhaps most importantly, they are a good adn promising live band.

Their second album, Megalithic Symphony, mixes produced synth with hard vocals and guitar.  Played live the band was far more aggressive and relentless.  Bruno is an absolute monster on the microphone.  His singular mission was met with force.  It was most apparent when he blitzed through "Burn it Down."  This fast moving track has shades of Eels and thrash rock-a-billy. That cannot be a bad thing. 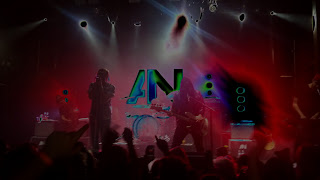 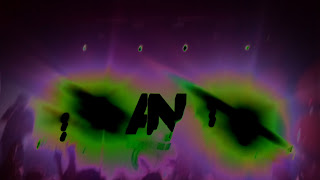 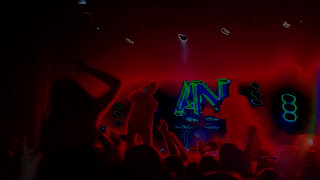 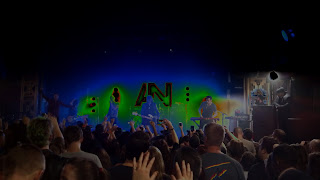 8 year olds can be quite savvy it turns out.  And hip.  Unsure what it means that the little one would have fit in far more than I did last night?  Thing is, this group, like many others playing today, need not be a band for 20 somethings.

Do you know someone who liked Tears for Fears 20 years ago?  Do you hum along to Hall and Oates when no one is watching/listening?  What are your thoughts on Morrissey?  Erasure?

Not to mention, if the crowd contains more than 4 or 5 30/40 somethings maybe the sides can be equal???  That is, what is with young men hurling themselves at one another??

Turns out the wife made a break right before Awolnation for the bathroom.  We were close stage right when she left. When she returned I was informed I did not adequately hold my ground.   Uh oh, center stage with rowdy kids.

I can handle a mosh pit and crowd surfing...  but what is it called when you just randomly push strangers into one another?  Two boys started this nonsense and pissed just about everyone off.  Is this latent homosexual behavior?  They started out civil and during the wonderful "Not Your Fault" appeared sweaty and undressed.  Oh, and they were pushing and touching.  Hmmm.

The worst part is they end up infringing on unsuspecting folks personal space.  Spilled drink and shaky camera pics are a very bad thing.  Especially when you are paying $6 for Stella and $11 for a Dixie cup Cocktail  1. We need the floor to NOT be sticky.  2.  We don't want to be part of your therapy session.

Sacramento duo (guitarist/vocalist Zack Lopez and drummer/vocalist (Sean Stockham)  Middle Class Rut (MC Rut) opened for Awolnation with a hard rocking and angry 45 minutes.  After their opening song Lopez displayed anger toward a  crowd unwilling to pay attention to the supporting act.  Minutes into their second song Stockham hurled one of his drumsticks directly into the crowd.  He was clearly aiming for someone's head.  He missed his target and hit an innocent's head.  This was a rock show.

These two guys bring a bunch of sound to stage for 2 guys.  Lopez's voice is sooo similar to Perry Farrell it as at times disconcerting.  Stockham is a workhorse and every drumbeat has purpose and conviction.  Should you like Rage Against the Machine, Local H, Janes Addiction et al...  jump on this bandwagon.  Maybe that might help them loosen up a bit. 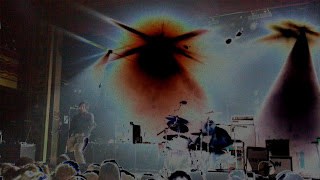 "Busy Bein Born" http://www.youtube.com/watch?NR=1&v=mvqtWjN7lOI  This is a big boy song.  Hard,hard guitar, shouting vocals and volatile aggression.  It's what Wall St would sound like if it was a band.

"New Low" http://www.youtube.com/watch?v=A5GYOsKLp6o&feature=relmfu  Both men sing on their biggest single from their debut album No Name, No Color.  Great hook and melody played off nicely with their tight arrangement.  Simple and effective rock and roll.  See, I'm not all soft vocals and synths.

Webster Hall still remains one of the best venues in NYC.  Please take a look at Bowery Presents for possible shows during the Holiday Season.  Get your buzz on before you go in though.  The drink prices are crazy given what you can choose from.  Better yet, don't drink at all.  Right, who am I kidding?

Also, if you are indeed staying off the bottle on concert night...  try to eat sensibly too.  Le Pain Quotidien (http://www.lepainquotidien.us/) bills itself as a "bakery and communal table."  It is far more than that.  From the hummus to the tartines all the way to the mixed berry tart and cappuccinos each items is savory, fresh and delicious.

Give me one of these instead of Panera anyday.  There are locations all over Manhattan and one just around the corner from Webster Hall on Broadway.  Do some West Village shopping and/or people watching while you are there.  Have you really experienced NYC during Christmas without a walk through Washington Sq Park?  Canal St knock off shopping?  Meth heads asking you for handout???

Maybe that is more like your Thanksgiving tradition?  Save for the meth heads I hope.

In any event however you spend the next few days I hope you have a great Thanksgiving!!!

I am thankful you take the time to read/share/tolerate this humble blog.  The mission is still very much unclear now 200 posts in.  All I know is I ain't going anywhere.  I am hopeful you will continue to join me.