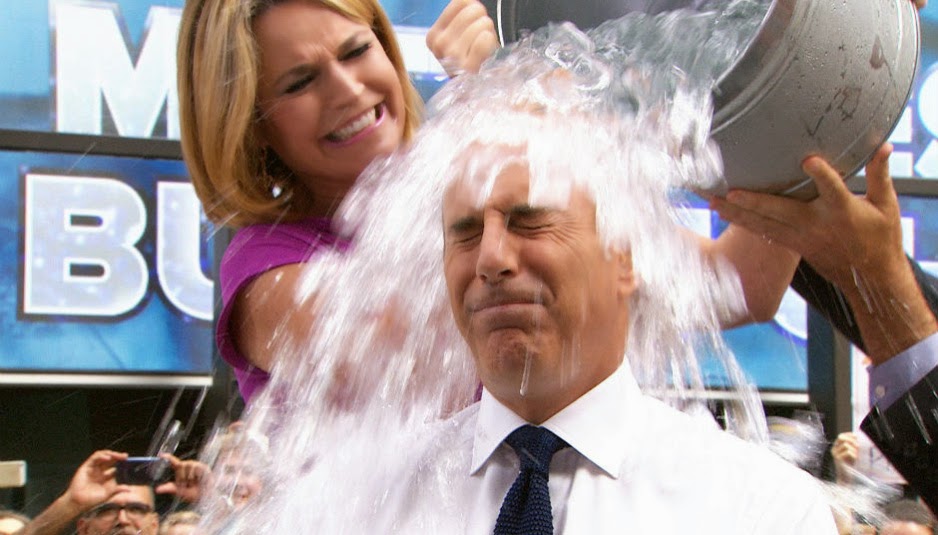 When anyone loses a life, it is a tragedy.  OK, maybe not everyone.  It is doubtful any of us lost sleep when Jeffrey Dahmer was killed in prison.  But for the most part, death sucks.  A few weeks back our neighbor passed away.  He was 25 years old.  He was seemingly on the right path.  In fact, word is he was about to take his CPA test (the day after he was found unresponsive in his own home.)  Yes, he passed away in the home he grew up in.  His brother found him.  His mother and father were in the building.  His family is irrevocably changed.

The community has rallied around these folks, but after the dust settles they are left with an enormous void.

That's a friggin tragedy.  Why was it his time?  Could anything have been done to prevent it?  Why do we get to move on to the next page and not him??

The comedian/actor/humanitarian Robin Williams died the other day too.

Stop the presses.  Social Media has exploded.  Why him?  If he was down on life why should we move on to the next page?  If you read all the tributes it is clear his work (from Mork to Dr Sean Maguire to Mrs Doubtfire) touched countless people.  I would be lying if I said I was not a fan.  Even though many comics accused him of stealing material, I still thought he was a larger than life star capable of great things.

But in the end, he was one man.

So too was Philip Seymour Hoffman.  And Paul Walker.

They were shining, but ultimately fleeting stars, in this maddening experience we call life.

Our stories are still being written.  Can we afford to stop for death?  Is it what the deceased would want anyway?

My life has not stopped.  My life is not effected.

Am I the only one?  Maybe I'm a monster.

Is Social Media the problem?  Is Mainstream media responsible?

Everything is sensationalized and saturized that it is hard to distinguish between news and entertainment.

TMZ breaks stories.  Major networks are losing viewership to the internet so they try anything for ratings.  And the band plays on.

And somehow I am caring less and less.

Wars in Gaza/Israel?  File that in the International Forthcoming Apocalypse section.

The Robin Williams schadenfreude acts as a diversion from the harder stuff.  In other words, see how worse your life could be???

In many ways I think the fad du jour, the ALS Ice Bucket challenge, does many of those same things.

Someone nominates you to dump freezing water over your head.  If you refuse to do it it is expected you donate money to the ALS foundation.

It is shaming you into charity when you get right down to it.

But it's fun I suppose for the millions that have done it.  And the ALS foundation has said it is a boom for the coffers.  This is not to discount those who are contributing, and to all those who are having a good old time getting wet.

They dig it.  People love and laugh at it.

Is it because I saw a friend leave 2 young boys behind and a wonderful wife because of the disease?

Why does donating have to be about the person donating?  Why does the cause have to be televised?

My guess is it's the social media talking.

And it kinda sucks anymore.

A few weeks ago I challenged my friends to refrain from posting negative things for a week.  My News Feed is still pretty crappy.

We like to rant.  We like our opinions.  And we rarely want to hear/understand/compromise with those who dare go against it.

Me? I know I am an effin head case.

But I was hopeful I could count on others for helping me through it all?

This post will serve as the last one for a bit.  And my visibility online will be less frequent too.

If/when I return I am hopeful things will be a lot more positive (in my brain, not yours.)

Try and enjoy the rest of the summer ya'll!!  This is our only shot at it.

Posted by HankB at 6:18 PM No comments: Links to this post