Auditioning for "The Voice"

So I tried out for this little show called ‘The Voice’ on NBC last summer for their second season.  I’ve been a steady gigging musician, (meaning playing dive bars, nice restaurants, big theatre stages, and summer festivals) for the last 5 years or so.  You would think that someone who has gotten used to performing in front of a crowd would find an audition to be a piece of cake…. WRONG.  Last summer, quite succinctly… I CHOKED.  I was called first, stood in the middle of the room, opened my mouth, and BOMBED.  I don’t know what came over me other than an obscene amount of nerves.  I’ve never been one to have a large amount of stage presence.  I sing from my soul.  I think that you can stand in front of an audience and captivate them without flailing around aimlessly on a stage.  Last year during my "moment" of auditioning I stood there absolutely frozen.
So you can imagine my nervous excitement when I started seeing friends on Facebook posting about the upcoming Season 3 auditions for The Voice.  I thought to myself, ‘Already?’ Then I searched online and saw that they were being held in NYC in two weeks.  I thought, "TWO WEEKS?!"

"Will that be enough time to wrap my head around it this time and NOT Suck??"  So I signed up, told myself that it wasn’t about making it onto the show.  I wanted to believe that I was good enough to make it past the first round of auditions.  But I was careful not to get my hopes up.   I was determined to prove to myself that I had it in me.   I was not going to let my nerves get the best of me.   If I could make it and sing reasonably well in the audition then that process would only strengthen my ability as a performer in my daily gigging life.


I started texting my close friends who I thought might want to go but ultimately I really wanted (and succeeded) in forcing… I mean, convincing my friend Justin to join me for the audition.  Justin and I sing together in the B.D. Lenz All Star Band.  He is charming, has a big stage presence and above all  has the most incredible voice I’ve ever heard.  He made it years ago to the 2nd audition for American Idol. I’ve been trying to convince him since last year’s audition for The Voice that he HAD to at least try.  My theory is "Somebody’s gotta win it, might as well be one of us!’"

So two weeks went by and Justin and I had a gig on a Friday night that kept us out til about 3am.   He had a gig Saturday night and I came to pick him up after he had about 1 hour sleep! I awoke at 3:30am. I got ready early Sunday morning, left while it was still dark and drove to try to find an open gas station at 5am (not an easy task!) Armed only with my small purse, small bottle of Blackberry brandy (ya know for our throats), a light weight leather jacket and dressed in a hot orange and grey spring dress, I picked Justin up and we headed into NYC.  Once we got close to the Javits Center we noticed all  the people walking down the street.   At the building the line of people wrapped around the huge monolithic structure.  We parked in a ridiculously expensive parking garage (bet they sure made a killing that day!) and we hoofed it to the back of the line.  On line our adrenaline was pumping and we tried to find a calmness amidst the madness.  The process I had gone through last summer was: get in line at 6am, wait outside in line for 2 hours, get inside go through the check in process and wait for about another hour; then line up in groups and wait outside of your designated audition room for your chance to sing. The whole process lasts about 4 hours. You sing as a group of 10.   Each person gets up and sings in front of your group and the producer.  Once all 10 people from your group has gone the producer says a few nice words then decides if he or she will choose someone to move on.  He or she chooses no one or gives you a call back.  If you get a call back you will find out that night if you made it.
Here we stood in the back in the line at about 7am and I’m dressed for spring.   It is March and it feels every bit like winter and I’m FREEZING my you know what off.  The Blackberry brandy came in handy! I learned that little trick years ago from my father and a bar tender at one of my regular gigs.  I was singing my usual 4 hour gig and I kept getting sick.   My voice started to give out on me and I was trying to plow through it and struggle to make it to the end each night.  My dad asked the bartender if he had Blackberry brandy.  They talked about how it’s great for your voice.   The rest is history.  Back to me freezing in line...  We end up chatting with the people around us.  We hop up and down like fools.   Two hours later we are inside, still shivering and attempting to acclimate our bodies to our new surroundings.  We made it through the check in process, grabbed two seats next to each other and I snapped a picture to remember the occasion JUST as one of the coordinators yells, "Do NOT take photos, go on Facebook, Twitter, etc while in the audition process or you will be excused and not allowed to audition!"  Oops, ok so I deleted the pic I just posted on Facebook and tried to keep myself entertained.  Just then we hear, "If you need to use the rest room DO IT NOW, and please when I call your row G. Y. S. T.!"   GET YOUR S#IT….. TOGETHER!
We lined up, stood around for another 10 minutes, and were then we taken in our rows to a different hallway to different holding rooms.  Another 30-40 minutes waiting before the actual audition.  Inside the room my nerves kicked in again.  I thought, “Please no please no PLEASE don’t get nervous!!’ The producer introduced himself, says those nice words I alluded to earlier and tried to calm my nerves.  For the second year in a row I hear, "Ok Lelica, you’re up first."  I actually looked at him and said,  "Really?! Again?? I was first last year!"   He told me then it must be a sign…. Yeah right!   I got up, stated my name, where I’m from and my song selection.  I sang Michael Jackson’s, ‘Rock with You’.  The first verse and chorus is all they really give you time to sing.  That’s what I gave them.  I tried pushing through the nerves but felt my voice quiver on a high note towards the end and after I was finished I thought, well I made it… that was not terrible… but not great.  I figured he’d say ok and ask me to sit down like last year.  Not quite.  He said "Ok good, what else do you have?"  Wow…. Way to put me on the spot.  Thank God I always come prepared.  "I can sing Maroon 5, ‘This Love.’"

He said, "OK go ahead."   I sang the chorus and when I was finished my nerves started going away.  The producer then asked me to sing a THIRD song.  He said, "Do you know ‘Pumped up Kicks’?"

I replied, "Yes, I know the chorus."   He wanted to hear.   I sang the chorus briefly, and he smiled and said, "You should learn that entire song it really suits your voice."

He then thanked me and said have a seat.  After Justin sang an amazing rendition of ‘Dock of the Bay’ including the whistle at the end which wowed the whole room. We waited for the rest of the group to go.  I had this overwhelming feeling of happiness.  I honestly thought I had made it through to the next round of auditions.  He hadn’t asked anyone else to sing 3 songs, maybe this was it?!  He thanked us all, said that there were some of us in particular that had something but needed work and that none of us were ready for the level of competition that this show has created. That each season is getting a higher and higher level of competition and there is no room for nerves.  He thanked us and sent us on our way.  They cut your wrist band off that you get when you check in… and we made our way to the sterile convention center exits.  I’d be lying to say I wasn’t disappointed but at the same time I felt like I accomplished what I had set out to do.  I felt happy that I did it, that I sang.  I got over my nerves and was convinced he saw SOMETHING in me to ask me for 3 songs.  We left, I drove Justin home, and I called my husband, mom, dad and best friend on the way home to tell them about my day.  All in all, it was a learning lesson that I’m happy to say I got the opportunity to go through and I’d be lying if I said that I probably wouldn’t try out again next year!    J 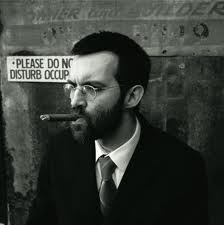