Believe the Hype, Gotye at Terminal 5

There are times a song, or video, become so popular the artist or performer gets lost in the shuffle.  LMFAO have become a goofy novelty act since they started party rocking.   Teen sensation Rebecca Black had last years most viral vid with "Friday."  Do you remember that?  Had you ever heard of it/her?  Exactly.

Australian singer Gotye has such a viral video with the wonderfully simple, yet inventive "Somebody I Used to Know."  To date some 128 million folks have watched, and one would presume listened, to this breakout/smash hit.

To suggest Gotye is a one hit wonder would be unfair, unjust and, as he displayed to a sold out Terminal 5 Sunday night, just plain laughable.

First, let's consider Gotye's  (born Wouter "Wally" De Backer- Gotye is the French equivalent of Walter and far cooler) 2011 LP Making Mirrors is his third release.  His second record, Like Drawing Blood,  was a smash in his native Australia where it was voted as #11 in Austalia's Top 100 Records of All Time(Full list here)!!  Remember, Men at Work, Little River Band and AC/DC all got their start here people!!!

Second, let's examine Making Mirrors  minus the huge (and now overplayed) "Somebody That I Used to Know."  He opened the set with "Eyes Wide Open."  It is a big, bold, rhythmic pop song with his soaring falsetto setting a defiant tone to the evening.  Sweet twangs poured out of guitars as Gotye himself moved easily between vibes, synths, drums, microphones and whatever instrument was within his reach.  "We walk the plank/With our eyes wide open" he roared as drums pounded behind him.   The lyrics very much emblematic of the performer himself.  He has a fearlessness and joy even in the face of uncertainty and doom.  Here, the unforgiving and challenging acoustics of Terminal 5.

His banter was limited between songs, but he did mention how he was struggling with the sound.  No wonder.  You cannot blame the artist for wanting to play to as many fans as possible.  And credit must be given to Gotye's sound men for making the cavernous venue in check.  Whatever problems Gotye was having on stage were not apparent to the crowd who ate it up like cool lemonade on a hot summers day.

The cautionary tale "Easy Way Out" and bluesy/haunting "Smoke and Mirrors" were notable highlights.  As was the reggae tinged "State of The Art" which plays like a voodoo meditation.  The singer uses an effect/microphone that is both creepy and fun.  The slow build eventually gains a momentum with wonderful harmony help from Gotye's supporting cast.  There are no wasted moments.  There is the sense that each note is rehearsed and well thought out.  Yet, the flow has an incredibly improvisational feel to it.

The sing-along "Save Me" engaged the crowd further.  Let the record state Gotye's singing voice is so similar to his LP tracks it is scary.  The fact that he brought such delicacy to Term 5 is amazing.  He even got the kids to quiet down for "Bronte."  He politely asked for silence for this lovely little ballad sung in hush tones.  Aside from a few drunken outbursts the crowd held up there end.  And we were all rewarded.  "We will be with you/When you are leaving.  We will be with you/When you go.  It hurts to let you go."

And, now 48 hours after the event, the hurt is apparent.  He is missed.  Gotye was that impressive.  And he should be on your radar for FAR more than his viral hit (which he did to perfection with opening act Kimbra mid set.)

His first encore was the gospel tinged "I Feel Better."  Indeed, we are all better for having met him.  And we look forward to our next meeting with "Eyes Wide Open." 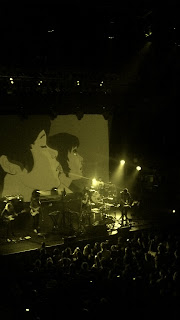 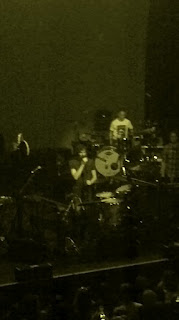 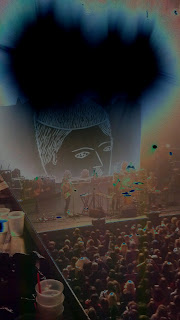 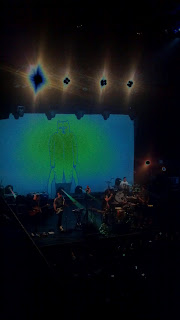 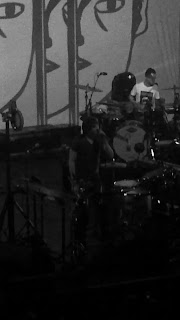 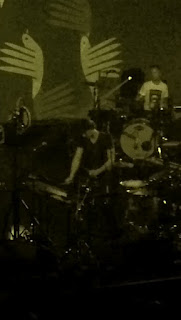 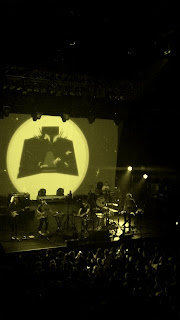 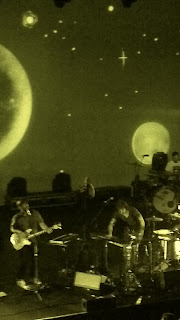 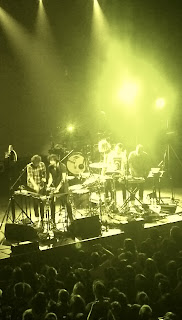 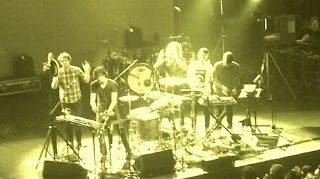 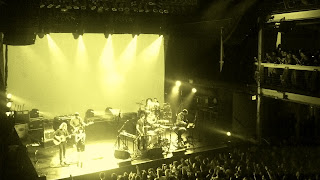 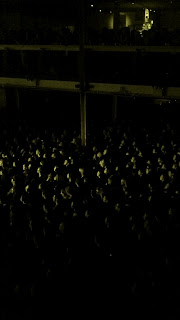 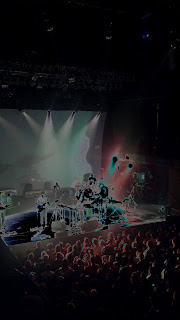 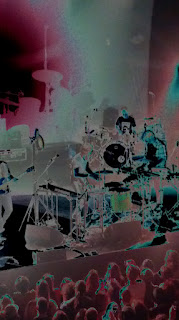 
A special thanks to Gotye's managment/publicity team who provided this reviewer with VIP seats.  My 9 year old has become smitten with the tall drink of water from down under.  As more of an after thought I reached out to his team wondering if there was a chance they had 3 seats upstairs for her (us) to get a better view.  She would have never made it on the PACKED standing room concert floor.  Doubt us old folk would have either (even though the crowd was very civilized.) No more than 24 hours later did I receive a response informing me 3 upgrades would be waiting for me at the box office.

One, the response time in itself was remarkable.  Here is one music'  hottest commodities getting an email from some nobody off the street.  Not only did they take the time to respond...  they responded favorably.

This kind of positivism is contagious and speaks to the artist himself.  If you surround yourself with good, kind people it speaks to your integrity.  And the way Gotye handles himself on stage (affable, easy going, kind) I would expect nothing less from his staff.  Well done all around folks!!  You succeeded in making a young girl very happy (and surely provided a memory of a lifetime.)  Oh, and her geeky parents too.  Check that, geeky dad.  Her mom is a rock star in her own right.

Opening act Kimbra has a nice, although at times repetitious act.  Her voice is strong (as evidenced by her work with Gotye.)  It was on full display Sunday night.  Part of the New Zealand movement (see Flight of the Conchords, Naked and The Famous, Earthquakes) Kimbra has something of a New Zealand Sound Machine thing going for her.  Think Gloria Estefan with a punk/jazz feel.  She has an album coming out in May that bears looking into.  But, in her early 20s and very much getting her feet wet, the jury is out on her live act.  A good voice is one thing...  content married to voice a much taller task! 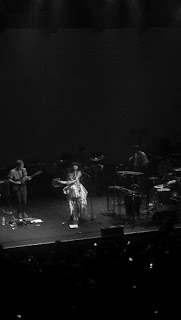 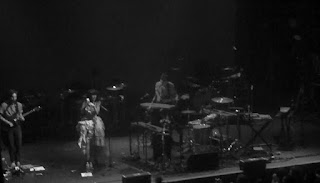 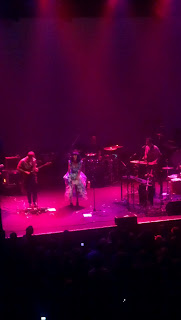 Gotye 'Eyes Wide Open'  These visuals played to great effect on the giant screen located behind stage.  Nice display of slide guitar/pedal steel and steady percussion.  A nice way to start the show.

Gotye 'Bronte"    More Anime, also used on projector screen Sunday.  Bon Iver-esque lullaby and one of the more satisfying moments from the show.

Gotye "Smoke and Mirrors"  The irony of the show.  Singing about deceiving yet all he does is bring it, right in your face.  Another stand out from the live show.  So.  Bloody.  Groovy.

Gotye, featuring Kimbra "Somebody I Used to Know"  For the one person who has not seen it.  Started writing this piece with 128 million views...  it now has 129 million.  150 million before weeks end for sure.  This is good viral.

Kimbra "Samaritan"  Video taken from the show Sunday night.  Notable for how good the quality of the video and her dress...  which was crazy.

They play a sold out Webster Hall tonight and are sure to come back around soon.  Get on board!