Sometimes a little theatre, placed at precisely the right moment, can go a long way.  Last night at Montclair's Wellmont Theatre, as the house lights went down, a tiny "alien" appeared center stage.  He had a jawa meets Henson puppet look to him.  He?  Hmm, it might have been female.   As a bass driven synth sound filled the venue he raised his hands and lasers lights beamed from his fingers.  It was silly camp and clearly over the top.  And it happened to be very effective and good clean fun.

M83 was coming on stage.  Be prepared for something just a bit different.  For 90 minutes or so come join the mothership.

It's been over a year now since their song "Midnight City" captured the alt world's attention and as long that M83 has been touring in support of their 6th LP Hurry Up, We're Dreaming.   The time on the road coupled with a strong catalog has suited the band quite fine.  Born from Frenchman Anthony Gonzalez's vivid imagination and attention to detail M83 is a formidable live act.

They say the style is "shoegaze."  You know, "the extensive use of reverb effects and lyrics spoken softly over loud instrumentals."  Gonzalez and his cohorts, brother Yann (guitars/vocals/electric percussion), Morgan Kibby (synths/vocals), and drummer Loic Maurin are a kind of pop/synth jam band.  For this show Jordan Lawlor from NJ band Future Future sat in for Jann.  There are detours within songs highlighted by sly ambient beats that soon explode into drum fills and soaring vocals.  At times it is both melody and chaos.  It's an exercise in futility to really label it at all.

Although to call it performance art set to a wonderful score might be appropriate.  Anthony Gonzalez has said Hurry Up, We're Dreaming (a monster double album w/ 22 songs) was written as a kind of soundtrack to an imaginary movie.  It's no wonder that several of its tracks have appeared all over films, commercials and television shows.   You most likely heard some M83 in shows like HBO's 24/7,  CSI Miami, Gossip Girl, Project X, ABC's Revenge and Cloud Atlas and this Expedia spot.

The songs are strong on their own.  Put that record on during the day and it will provide ample smiles and soothed nerves.  Pay closer attention to a track or two, most notably "Intro", "Reunion", "Wait," "Steve McQueen"and "Outro" and you might find yourself dreaming of a far off planet, or a lover's touch, or infinite possibilities.

Performed live, with M83's enthusiasm and joy, and the songs are a pure celebration.  A superb light show adds to its overall "other wordly" effect.

The concert was their first one in New Jersey and they seemed genuinely happy to be there.  The only real banter between songs was some awkward shouts of "New Jersey" from A Gonzalez.  It is a time tested tradition to illicit cheers be simply stating where one is.  Where else can you do that but on stage?  Try going into your office Monday morning and screaming "Office!!"  How long before they take you away?

Mostly the band stayed in character, knocked it out of the park, and sent the  (large) smiling crowd on their way.

"Sitting"  Yann pounded away on some sort of Digital keyboard/cowbell a few times during the night.  His big head of curly hair bounced with him as he frantically pounded away to this fast moving jam Tron would be proud of.  One of their older tracks but fit right in with the newer material.  One of the show stoppers for sure.  A glow stick waving ride if there ever was one.

"Wait"  Who doesn't like the slow, and we mean slow starting track that ends with a huge crescendo.  Bon Iver comes to mind with the first 3 minutes of this one.  The harmonies are outright splendid here.  When brothers Gonzalez and Kibby sang "No Time" it induced goose bumps.  A very powerful synth ballad.  Ridley Scott must have this on his iPod.

"Steve McQueen"  Again, arena filling vocals and an immense beat/vibe.  Hard to stay mellow with this one sending shivers up your spine.  A splendid pop song. 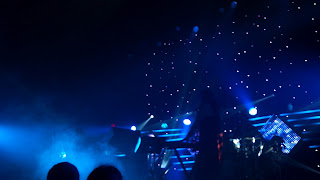 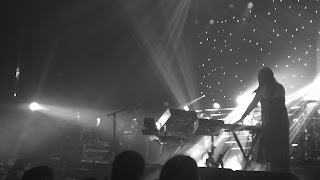 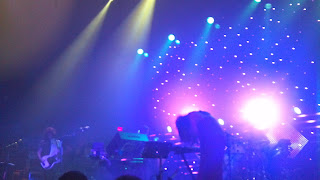 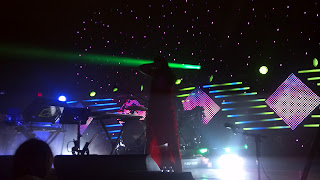 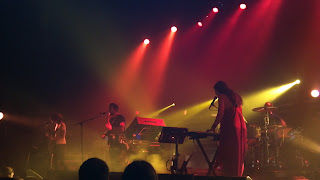 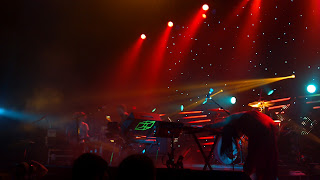 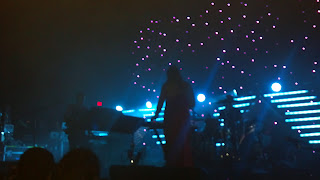 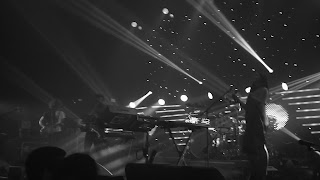 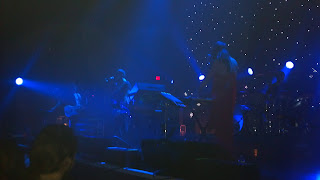 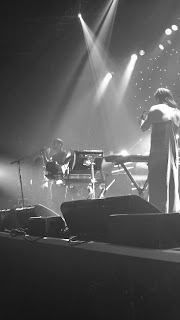 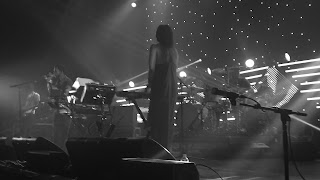 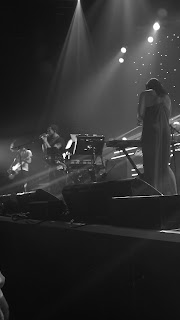 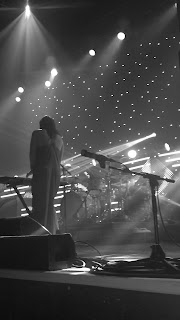 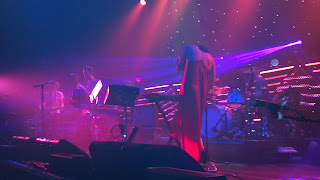 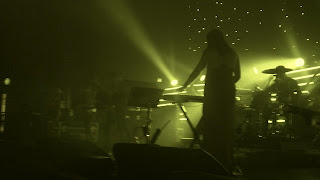 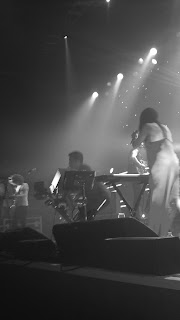 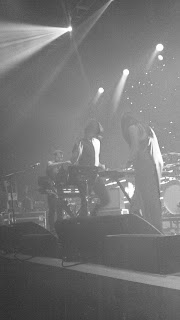 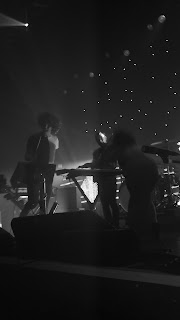 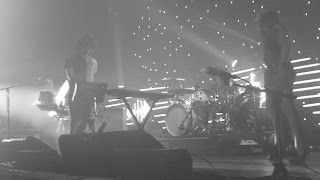