Terminal 5 on Manhattan's Upper West Side is a big venue.  Aside from Madison Square Garden and the Beacon Theatre it has become the premier spot, in both scale and prestige, for established rock acts and those on the rise.  The Naked and The Famous opened there last year and headlined last month.  The Shins will be playing 3 nights there next month.  For any fan of music (within the Tri State area), cutting edge or firmly established acts, the venue has become unavoidable.

Often times an act can get lost in the room.  And that is not to say the room cannot accommodate them.  It might be the talent is not ready for the scale of the joint.  It could be as simple as an engineer having an off night.  You get it, right?  It's a big place so you best bring it.


Last night playing the last of a two night sold out stint at the aforementioned Term 5, Snow Patrol (Gary Lightbody vocals/guitar, Jonny Quinn/drums, Nathan Connolly/lead guitar, Paul Wilson/bass, Tom Simpson keyboards/samples, Johhny McDaid piano/guitar/vocals) did the incredible.  They made the place feel smaller.  They made it intimate.  They made it easy to see how they fill arenas overseas.  Snow Patrol, and in particular their leader/showman/master of ceremonies Gary Lightbody, are true professionals.  If tightly constructed songs played with skillful precision is the bands task, they succeed.

They tour is called "Fallen Empires," like their 2011 album of the same name.  It, like their 5 previous studio releases, mixes soft and sweet with raucous and rock.  Their single, "Called Out in the Dark" is an up tempo pop song with a disco hook.  "This Isn't Everything You Are," one of last nights highlights, is a power ballad that hits all the right notes.  It is the new records "Run" or "Chasing Cars," but with more maturity.  Lightbody howls "There's Joy Not Far From Here/I Know There Is/This Isn't Everything You Are!!"

The feeling of hope expressed with tact by a voice and presence worthy of a bigger stage.  When Lightbody runs the stage and sings, with a voice every beat the equal of any male singer working today, you can't look away...  let alone not hear his art.

He makes it easy to overlook, rather ignore, missing entire lyrics as he did during "Crack the Shutters."  After that stumble he mentioned the story of Mick Jagger replying to a reporter asking "How is it you never forget lyrics."  Jagger's response went something like "Well I wrote them didn't it I?"

Lightbody was humbled he dropped some words.   After all he too wrote his songs (he kidded about how many fewer than Jagger for that matter.)  His thick Irish accent and slim figure might explain his charms too.  The women in attendance were surely smitten.

Snow Patrol might have a smaller catalog than the Stones.  But that catalog is strong.  Quality far surpasses quantity.  And for every notable track, "Shut Your Eyes" or "Take Back the City" for instance, the new material slid right in.

Fallen Empires is not on Spotify yet so the album was somewhat foreign to me.  But a sampling from last night has me itching to find and listen to it all.  "In the End" was a triumphant piece of stroytelling that, like many of their songs, starts slow but delivers a powerful final punch.  Funny hearing "In The End/There Is Nothing More Than Love is There?" sung over three screaming guitars.  The lyrics are all soft and romantic.  But somehow Lightbody paints it with a rock edge.  With all the club/synth/techno acts that have flooded Term 5 recently it was refreshing to hear slow builds end with guitars rather than pounding doosh, doosh, doosh beats.

"The Weight of Love" and the sentimental crowd favorite "New York" were both handled with care and craftsmanship.

A real life rock and roll show on full display.  Add in the effective use of lighting and visuals played on the enormous movie screen behind them and score one for the good guys.  These guys are more than the soundtrack to McDreamy or McSteamy.  Much, much more.

As mentioned earlier Terminal 5 is a big place.  There are 4 levels of seating including an open roof deck smokers or erstwhile disinterested.  Point is, if seeing/hearing the show is NOT foremost on your agenda there are SEVERAL other things for you to do.  Merch tent?  Check.  Countless bars?  Check.  Lounge seating?  Check.

So why is it every show over the past few weeks has been an exercise in shutting obnoxious drunkards up so we can enjoy the show on stage?

And that does not speak to the bad sing-a-long singers.  That is all good and those folks get a pass.  Sing if you want to sing.  Show your love and do your thing.

No, I speak of the loud, more often than not innocuous conversations between frat boys and/or Jersey girls out for a night of revelry (NOT music.)  Go elsewhere if you want to talk about your new phone.  Don't come at all if all you want to do is take pictures of yourself doing shots.

The show is on stage folks and NO ONE wants to hear you.  We certainly did not pay to hear you!!  Keep quiet or move on.  The audience deserves that at the very least.  The way you can show your apathy and dissatisfaction with the artist is by not paying, not showing up.

This way we all win. 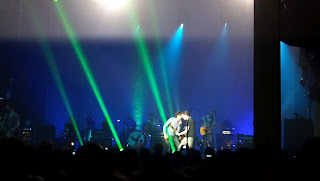 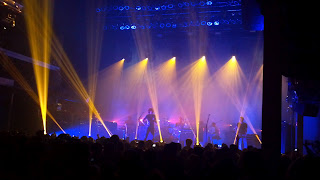 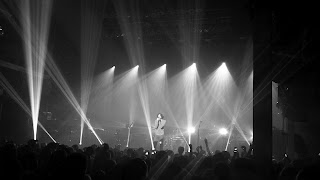 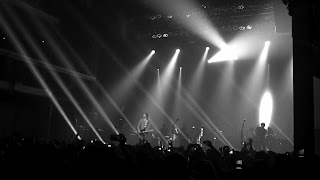 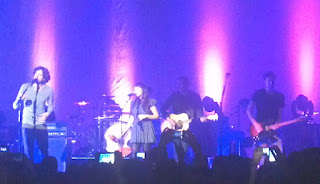 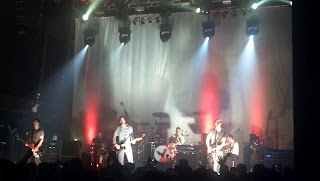 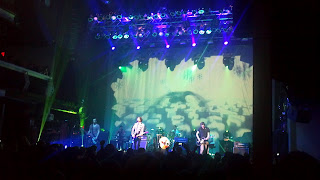 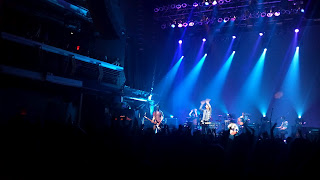 "This Isn't Everything You Are"

"Run"  The song that started it all for these lads.  Hard to believe folks out there might not like this.  A pop rock masterpiece.