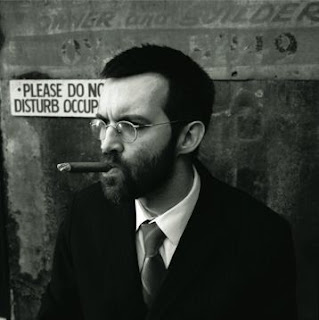 The posts have been few and far between I readily admit.  Funny how life has a way of overwhelming us at times.  Don't read too much into that either.  As John Lennon wrote, "Life is what happens when you are busy making other plans."  Real "life" need not be boring and unrewarding however.  Some of us might think a Sunday trip to Michael's for some crafts is the definition of Hell on Earth.  I don't remember ever entering one of those stores and boy was it enlightening.  First, the place is jam packed with both product and people.  It's a crack haven for Christmas sweater wearing single aunts wanting to wrap their hands around the latest in scrap booking accessories and balls of yarn.  The other demographic is clueless parents out to help their children nail the school science project.   Some are mothers buying product for the project THEY envision.  If their child has any input it is remarkable.  "Here is how we are going to do it...  if you want my help, follow my direction" parenting.

The other half of the shoppers are dads, like me, who let their child channel their inner Fellini.  Before you know it your shopping cart is filled with rolls of felt, styrofoam spheres, faux grass, glue, paint, midgets, clowns and the corpse of Marcello Mastroianni.  Funny, you never end up bringing home Anika Ekberg do you?

Throw the store at them in an effort to prevent them how to make the darn thing.  If for only a few hours.  It is beautiful really.  Teach them to be creative and concise after spending needless money on crap.  Everyone wins!  Left brain meets commerce.

Where was I?  Oh, yeah.  That shits take time.  And energy.  And time.  Before you know it the endless hours you thought you had on a Sunday are gone.  It's 60 Minutes time already?  Throw March Madness into the mix and how does anyone get anything done this weekend?

The weeks are no better,  or worse, or whatever.  It's life.  It's a beautiful mess.  What are we gonna eat for dinner?  When is her Science quiz?  If held up at work how is she getting home from school?  Anyone let the dog out today?  What color we painting the living room?  Is it gonna snow again?  On March freaking 25th?  Why do we live in the Northeast again?

Oh, right the schools.  And the corruption.  No, stop.  It's all good stuff.  The mundane activities are setting the plan in motion.  Educate the children and teach them the process.  Play a game of horse in the backyard.  Have her do some spring cleaning and rearrange her dresser drawers.  That's good stuff indeed.  Then maybe next week we go after what keeps us hanging around NYC.  The art.  The culture.  The food.  The greatest city on Earth.  Or, at least the greatest one we know.  Lots of great music too.  The spring concert season will be heating up in the coming weeks.  Keep checking GTS on FB for concerts, videos, and live show updates.  We always love to meet old friends, and new, on concert excursion evenings.  Chappo in Brooklyn 3.30.13 looks to be the next stop.  Join us?  In the meantime March was/is another stellar month for new tracks.  Take a listen, won't you?

Parquet Courts "Stoned and Starving"  This goes back to the earlier discussion.   What is for dinner tonight?  It was a good one!  Grilled some filets and the Mrs rocked some seasoned potato crisps.  That was several hours ago.  Now I am feeling like the protagonist in this track by Brooklyn punk act Parquet Courts.  Good humor and a great beat.  I have never been much of a punk aficionado, but I know what I likes.  And I likes this one a lot.  * this column does not advocate walking through NYC stoned and starving.  there are PLENTY of places to get a bite.*

Ty Segall "Thank God For the Sinners"  California twenty something Ty Segall released like 60 LP's last year.  Ok, it was only 3.  Only 3??!!!  I'm lucky if I come up with 3 good ideas in a year.  And by ideas I mean 3 worthy things to steal.  This track is downright awesome.  Gritty, guitar rock in the best kind of way.  Why do I get the feeling Segall just wrote a song while I wrote this paragraph?

Palma Violets "Best of Friends"  We head over the pond for some more punk/garage/psych-grunge rock.  Dueling frontmen Sam Fryer and Alexander "Chilli" Jesson serve up a delicious mix of hard driving guitar and blistering drum lines.  They blend that with aggressive and attention grabbing vocals.  This is an ear opening single.  This is an act worth learning more about.  Note, we understand this is a 2012 track, but don't care.  It is new to this column.

Thao & The Get Down Stay Down "We The Common (For Valerie Bolden)  I know, I know.  Sounds super pretentious right?  Both the band name and title!!  We do know Thao Nguyen is the voice behind the song and front women behind this group of California folk rockers.  Valerie Bolden?  That is another story.  There is some blues picking that steer this tune.  But it is the harmonies and airy flow that keep the song in your head for hours.

Alt-J "Tessellate"  As I write this Leeds University quartet is playing a jam packed Terminal 5.  They won the Mercury Prize in 2012 for their debut LP.  We may be late to the party again but...  better late than never.   Their other singles might be more popular and successful in the states (see "Breezeblocks"  and "Matilda".)  I say start here.

Cold War Kids "Miracle Mile"  I have never seen Grey's Anatomy, so I could not tell you the difference between McDreamy or McSteamy.  I do happen to know the music director of the hit ABC show is pretty darn good.  Many alt artists have gotten commercial success due in large part to their inclusion on a montage scene here or opening title sequence there.  So I am told.  It comes as no surprise as I searched for the latest single by California's Cold War Kids, a clip from the tv show was one of the first Google results.  That is a long, pointless tangent.  Long story short, the band and said single, are super cool.

Leagues "Spotlight"   Nashville based leagues released their debut record, You Belong Here, in January.  This is the single.  Get to know it all.


Phosphorescent "Song for Zula"  Would you believe Phosphorescent is an alias for Alabama born and Brooklyn based singer/songwriter/mood setter Matthew Houck?  Of course you would.  You really gonna look up any info on him to challenge me?  If I said he  was a Buddhist pilgrim who writes songs in Gaza and raised sheep in Portugal would you buy in?  You should sit back and chill to this lovely little piece that reminds you of 90s emo (see The Verve for instance) and has a lyric that follows Johnny Cash's "Ring of Fire."

Foals "My Number"  Was that some 80s synth you were asking for?  The kind Manchester, England made famous?  These cats from Oxford have been making music for several years.  High energy dance stuff that would make the Human League smile.  Don't, don't you want me?  To give you more great tracks??

Shout Out Louds "Walking in Your Footsteps"  No secret that this blog has championed Swedish pop. Hell we endorse Swedish fish too.  Lykke Li, Miike Snow, and The Sounds are but a few of the Swedish acts we boogie down to.  Add veteran pop act Shout Out Louds to the mix.  Their latest record (and 5th total!) Optika, came out in late February.  Let me do my best Stephon from Saturday Night Live...  this song has everything, flute, Robert Fripp-esque guitar fills, that thing when an effeminate man sings quietly with a Swedish girl, synths, beats, smiles and a human wrist watch.  That's that thing where a midget wraps himself around your hand and yells the time at you.  Ok, it's late and I am clearly losing focus.

Keep on living the dream all.