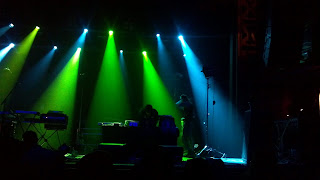 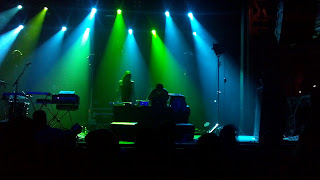 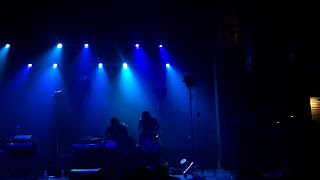 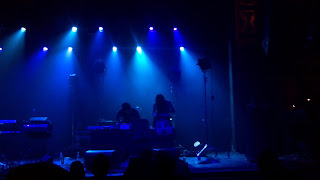 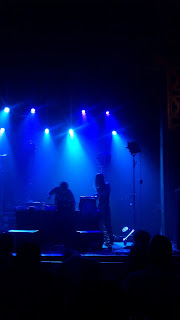 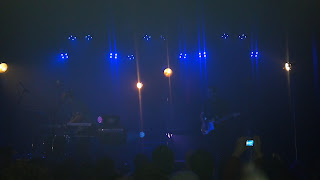 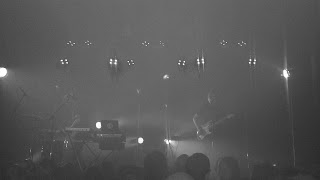 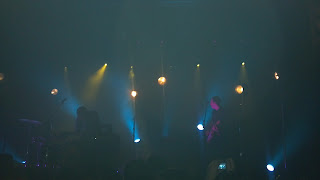 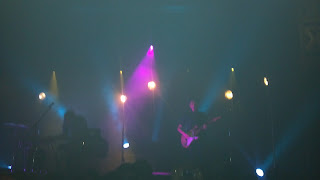 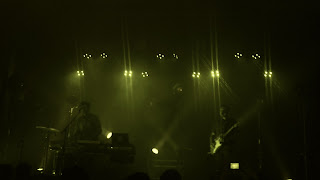 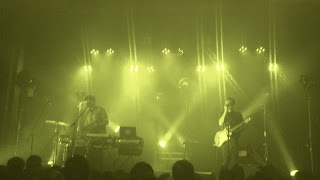 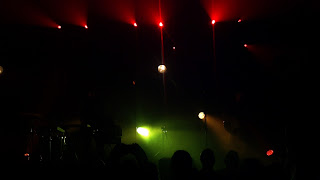 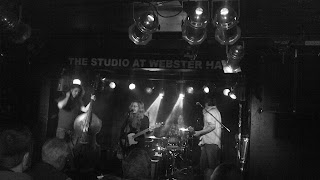 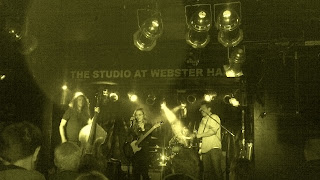 Every generation has a type of music that confounds them.  Hell my parents have distaste for The Beatles and The Stones.  Once Elvis and Sinatra were not viable anymore things went downhill for them.  "All that drug music!  I don't get it!" my dad can be overheard telling his buddies during coffee time at McDonalds.

I like to think I am more open minded.  Over the past few weeks I have seen Grimes, moe., M83, Miike Snow, Matt and Kim, and tonight Men Without Hats.  If there is music playing and the timing, venue, and libation is right, count me in.

However, I am finding it more difficult to embrace club music, or dubstep, or whatever the hell they call a few guys on stage with computer monitors and HUGE bass lines.  That describes most of last nights main event at NYC's wonderful Webster Hall.

Hometown boys Tanlines had a homecoming of sorts after about 10 years touring in support of their debut album Mixed Emotions.  Funny, that is exactly how I felt after the show.  I happen to love the record and think the duo, Eric Emm (guitar/vocal) and Jesse Cohen (percussion/computer device) are two likable and talented chaps.  "Not the Same", "Brothers" and "All of Me" are all first rate tracks highlighting the 80s synth resurgence.

On stage last evening the two Brooklyn boys (back by no one) did a nice enough job recreating the sounds from their album.  But too often during their quick (55 minutes) set I kept asking where the music was coming from.  Emm was playing a guitar, but I could barely hear it.  Cohen was drumming some sort of drum pad, but it was lost in the computer mix or soundboard.

It is the same thing that hurts Sleigh Bells.  The absence of a drum kit makes it hard to rally behind this live act.  You cannot throw so much bass and drums at an audience without the inclusion of a real bass and/or drum.

Well, it turns out you can; but it hardly feels like a rock show.  By no means was it an offensive evening or even without its merits.  But with so many techno/synth acts bringing much more energy and musicianship to their live game (see M83, Miike Snow, Naked and The Famous to name a few) this Tanlines show was lacking.  This tour and debut LP is now behind them.  Here is hoping we will be getting some more terrific cuts from them, and that they cultivate a more polished and rousing live show befitting the talents they are.


Chicago duo Supreme Cuts started the evening with bowel shaking bass lines.   They hunched over keyboards,  twisted and turned knobs, and shaked their heads like kids at a death metal show.  It was a confounding mess.   Mind you, there were a handful of thrashing teens determined to let loose to the cacophony of beats and boops befitting a Todd Solondz inspired nightmare.  Again, this is precisely the kind of thing that escapes me.  Play an instrument!  More than likely this set put a damper on my feelings for Tanlines.  It was really that bad.

Thankfully as we headed toward the exits we stumpled through "The Studio at Webster Hall."  Located  in the basement "The Studio" stage hosts small acts on there way up.  Small town/rural Ohio alt country artist Lydia Loveless was the headliner last night.  Think geeky, younger sister of Mary Chapin Carpenter or aw shucks niece of Lucinda Williams if you will.  She has a big voice, writes smart lyrics and has an overall good sound.  Her husband plays the upright bass.  We were happy to leave the club after seeing/hearing some drums and the twang of a guitar.

Thanks Ms. Loveless.  We will be meeting again.
Posted by HankB at 3:39 PM

Email ThisBlogThis!Share to TwitterShare to FacebookShare to Pinterest
Labels: All of Me, Brothers, Lydia Loveless, Not the Same, Supreme Cuts, Tanlines, Webster Hall 11.29.12