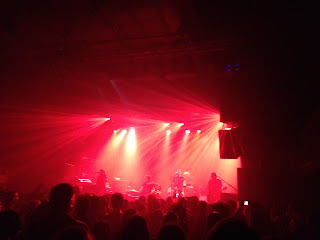 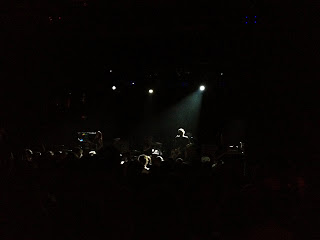 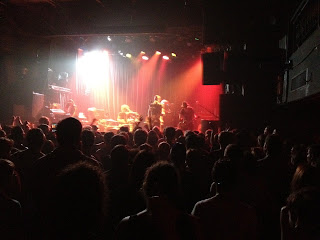 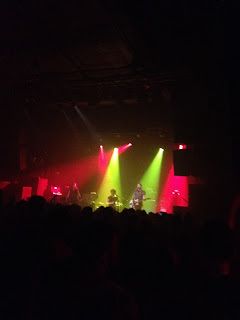 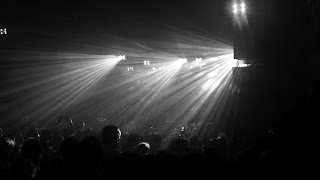 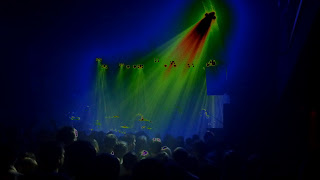 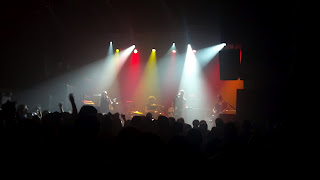 Portland, Oregon's The Dandy Warhols are more far more than a one hit wonder.  In fact, you will be hard pressed to name that hit.  Was it "Bohemian Like You" or "Not if You Were the Last Junkie on Earth?"  Doesn't matter really.  They are a throwback to grunge and the re-emergence of alt rock.  They are hard playing, tongue firmly in cheek rockers.

Out supporting their 9th(!) album , This Machine, the quartet played a professional and polished two hours at New York's Irving Plaza.   It was neither great, nor poor.  There were some down moments mixed with some down-right awesome moments.

It is clear the band (singer/guitarist/ego Courtney Taylor-Taylor, guitarist Peter Holstrom, keyboardist/sex-pot Zia McCabe and drummer/singer Brent DeBoer have been together for a while.  They formed in 1994 and other than DeBoer joining the band in 1998 there has been zero turnover.  That kind of longevity is rare and something the Dandys should be proud of.

The problem Tuesday night was in pacing and overall setlist.  Taylor-Taylor had some issues with sound along the way too (mic'd to high or too low.)  And McCabe, and others, were clearly hot and bothered on stage (Irving Plaza brings an aggressive light show and the hairy, hipster crowd was tightly packed.)

There were too many flat balads mixed unevenly through the set.  They came on stage with a quality jam or two and then threw in a slow piece that was difficult to recover from.

Then they jammed four straight tracks from their wonderful LP 13 Tales From Urban Bohemia.  "Horse Pills, " "Bohemian Like You", "Get Off" and "Godless" could have easily been peppered throughout, not blocked/jumbled/rushed together.  And it has been determined that "Godless" should not be played sans trumpet.  This is NYC after all...  isn't their a kid from Hunter College or Parsons that could play the horn for a song or two.  Buy he or she some drinks all night and that will more than suffice.

Keyboards cannot accurately replicate/replace a bass guitar and when a song relies on horns either play it with horns or leave it off the setlist.

Would Chicago and Huey Lewis leave their brass troupes home?

There were memorable cuts and again, this group has NOTHING to be ashamed about.  They have stood the test of time and have a reputable catalog.  There are hints of Ric Ocasek and Nirvana sprinkled here and there.  Taylor-Taylor utilizes two microphones effectively (are you listening Young the Giant.)  His voice is complex and he is able to sing effectively both high and low.  DeBoer is most impressive as well.  Any drummer/singer impresses me...  but he is high energy both with the kit and vocals.

Problem is, after letting the show breathe for a few days I am left with one prevailing impression.   We quickly made our way to the coat check during "Godless." We didn't want to hear what they were doing to it anymore.

This is a setlist from a California show... very similar to the NYC setlist